Lots of people are a little bit depressed. Here’s something with great cinematography and a good upbeat tone. Crank it up and enjoy.

When I read Friday afternoon (12Dec2020) that the Texas case against the states of GA, PA, MI, and WI got denied at SCOTUS, I had only a very brief, very mild “well, that sort’a sucks. Not what I expected.” They had what sounded like rock solid arguments and undisputed facts, and the SCOTUS is the court of original jurisdiction so they almost have to take it (or so I thought). It had a couple of dozen other states and attorneys general and interested parties joining in with amicus briefs, and even the president said he would “intervene” (in the legal sense, sort of like an amicus, but actually joining as an official litigant). Then *poof* and it’s denied. WTH? But what was odd, and it even struck me as unusual at the time, was that my disappointment was only a few seconds, and very low-key. I mean, Joe Biden taking office as President would be a huge catastrophe, and the normal deadline for the electors voting is getting really close, and I was calm that what had looked like the best shot going a few minutes before had vanished like a morning mist. And I was like “meh. Plot twist.”

Very odd indeed. The phrase ‘Faith is a funny thing’ came into my mind, and I suddenly understood the peace and calm a deeply religious man has in the face of adversity. When you know, absolutely KNOW, that someone smart and good has a plan, a really good plan, a plan that you have seen enough of (even if indirectly) to know it exists, and even though you do not know the details you have total confidence that they are on the case and it will all work out in spite of the plot twists and weird shit you never saw coming, it’ll be OK. It was like reading a book, a thriller, by a really good author, who puts in all sorts of plot twists, Easter eggs, unexpected dead ends, double- and triple-agents, hidden meanings, and cliff-hanger chapters as you cut the action to follow another character. You know it’ll all come together in the end, and you are just excited for being on the ride.

I can see how a deep faith would provide a man with the same sort of calm acceptance. They they don’t need to know what the plan is, just that there is a plan, and the guy calling the shots is good; it’ll all be OK in the end, even if it kind of sucks for you personally along the way, it can be confusing as heck sometimes, and people look at you funny. You do what you can, and even if you don’t know what all others are doing, you know, deep down, that it will all work out in the end. Yeah, the cliff-hanger last chapter is tense, and it looks dark, but…. it’ll all be OK. Maybe you will call me a “conspiracy theorist.” Fine, I can call you a “Complicity Theorist.” 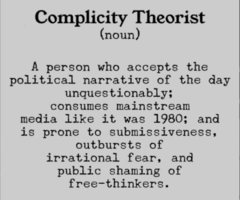 I don’t know if this guy’s testimony about Zuckerburg’s money will make a difference.

I don’t know if Col Waldron’s testimony (starts about about  6:10) will make a difference.

I don’t know if Lou Dobbs revealing four names connected with Smartmatic and Dominion and the CCP will make a difference.

I don’t know if Brandy Vaughan’s death after she came out against one of the vaccines is connected or will make a difference.

I don’t know if WA State candidate Culp’s suit to audit the vote will make a difference.

I don’t know if the extensive reporting on easy hacking of voting machines will mean anything.

I don’t know if the Senate report on Hunter Biden, Burisma, and corruption will make a difference.

I don’t know if Chinese guys bragging about their influence on the US government will make a difference.

I don’t know if WikiLeaks revealing ties between Dominion and Hillary Clinton and John Podesta will make a difference.

I don’t know exactly how Trump will use his 2018 Executive Order authorizing military response to cyber warfare attacks.

I don’t know how this massive leak of CCP members around the world will come into play.

But I know it will all come together with quite the exciting conclusion. 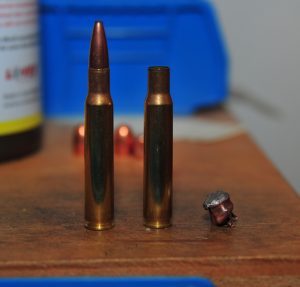 All of that has nothing to do with books. END_OF_DOCUMENT_TOKEN_TO_BE_REPLACED

I have kids of current HS age, who will be college age sooner or later (one who took the ACT with virtually no prep scored a 31). One is going through the whole application process now, and we easily get as many as dozen flyers some weeks in the mail advertising your programs. Here are my thoughts as the father of these potential customers of yours, and someone involved in the finance for such things. END_OF_DOCUMENT_TOKEN_TO_BE_REPLACED

Been doing a lot of reloading recently. Currently working on 6.5x55mm Mauser. The trusty old XL650 started having a problem with the case-feeding mechanism. It’s just a couple of piece of plastic, and it looks sort of like it’s getting old and worn out. Their customer service is getting hammered, so I scheduled a call-back. A guy from Dillon called about an hour later. I described the problem, and he just said “I can just mail you a replacement mechanism. Should do the trick. It’ll be in the mail tomorrow. Can I confirm your mailing address?” Total call length was maybe three minutes. Not the cheapest presses on the market, but I absolutely love their true “No BS lifetime warranty.” They don’t even sell the XL 650 any more.

Does a difference actually make a difference? Different people geek out over different things. I like the cut of this guy’s jib.

The “Covid Quarantine” has me catching up on a few things. One of them was reorganizing and sorting the reloading supplies. I knew I had an eclectic mix of things, with a variety of powder leftovers from experiments and others who got out of reloading, components bought on sale for different calibers at different times, and with different cartridges and different loads, well… it accumulates. I needed to have a better idea what I had, and what was the limiting item(s) for turning components into functional, safe, reliable, and consistent ammo. END_OF_DOCUMENT_TOKEN_TO_BE_REPLACED

The story of the Star Spangled Banner.

Have a good one, and don’t forget your history.

I’ve had several rather unsatisfactory interactions with one of my son’s teachers, and the principal of the school he attends. I’ve even gone as high as the head of curriculum and learning, trying to see if factual accuracy where possible was an actual expectation.

Below is a (nearly) final draft of a note I’m considering sending to the Language Arts / Social Studies teacher, the principal, and the curriculum director (all are female). Other than being too long, any thoughts? END_OF_DOCUMENT_TOKEN_TO_BE_REPLACED

I built a new computer because my old one was ~10 years old, getting flaky, and slow. After a few hiccups it works fine, as near as I can tell. I have both Windows 10 (because they don’t sell Win7 any more, and I got a good deal on it) as well as dual-booting with Linux. In the interests of maintaining current on popular technology, and because I could not find my MS Office 2007 disks which I had installed on my old machine, I bought a license (again, a very good deal) for Office 2019. END_OF_DOCUMENT_TOKEN_TO_BE_REPLACED